As the largest island in the Pacific Ocean, Japan is a highly populated country in Asia. Or even better, Japan consists of 6.852 separate islands. The four largest islands, Honshu, Hokkaido, Kyushu and Shikoku make up over 97% of the total surface area of Japan.

Japan is divided in 47 prefectures in eight regions. With over 127 million inhabitants Japan is the tenth largest country in the world. Of those, 9,7 million people live in Tokyo, the capital.

In it's long history, starting tens of thousands of years before Christ, Japan has gradually developed into a world power.

Japan is a country full of Civil Engineering challenges. The island is under constant threat of the ocean, wind, earthquakes and volcanos. The extreme high population density of Tokyo requires innovative solutions for traffic, housing and water management. 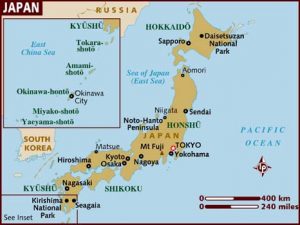